I have Paid the fee for your Cheque Draft.but the manager of Eko Bank
Benin told me that before the check will get to you that it will expire.
So i told him to cash $800,000.00 all the necessary arrangement of
delivering the $800,000.00 in cash was made.So contact the SKY VIEW
COURIER COMPANY.Please write a letter of application immediately to the
given address below.And don't let them know the content to avoid
delaying delivery ok.

ATTN:DR KALU HILARY
TEl: +229-9753-0816
EMAIL:skyviewcompany2@yahoo.fr
Please, Send them your contacts information to enable them locate you
immediately they arrive in your country with your BOX (fund).This is
what they will need from you.

WE THANKS BILL GATES AND IS ASSOCIATION. 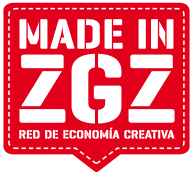